The Centre Of Sin Is ‘I’

Today we explore some wonderful wisdom from the Islamic tradition via the GurMat perspective.

Guru Hargobind Sahib in his education of the 14 virtues of a parcharak, has said that a parcharak should be knowledgeable about other faiths, should not criticise them and should only quote from them that which is in line with GurMat.

Hasan Basri (an 8th century Islamic teacher and mystic) advised some of his students, admonishing them about avoiding the state of being proud. He said;

1) Do not deceive yourself into being too proud because you are in a good or righteous environment, for there is no place that is better than Paradise, and our father, Adam (as), experienced there what is known to all.

2) Do not become proud merely because you worship often, for consider what happened to Iblees (Satan) after he spent a great deal of time worshiping.

3) Do not think yourself great because you have met with righteous people, for there is no man more righteous than the Prophet (saw), yet the disbelievers and hypocrites did not benefit by simply knowing him.

Here some deep wisdom is shared, the kind that is not shared by many of our Pseudo Sant parcharaks. Why?

Today we meet many Sikhs who exhibit extreme tribal mentality and are so proud of and loyal to their jathai or babai that they look down on and insult others. Many of these peopel have replaced GurMat or a direct living and learning relationship with Shabd Guru with viaakti (people). Everyone thinks their sangat is great and correct. Which then causes everyone to think others are incorrect. Sangat is indeed important, its quality must always be assessd against GURMAT i.e. Bani and Ithihaas. The Masands, Baba Prithi Chand, Bandai Khalsa and many more examples can be given were Sikhs who became corrupted whilst being in Guru Khalsa sangat due to their PRIDE and GREED. Guru says ‘jaisi sangat taisi rangat’ and indeed his words are eternal. BUT. They need to be understood. One can ONLY be coloured (affected) by sangat IF one has nimrata (humility). There are conditions to all wisdom.

Today Sikhs are told to spend all their time doing as much paat as possible. In fact, many jathai and babai place sole emphasis on this. Sadly, this is a disruption of Khalsa Mat. The Guru also placed high emphasis on practicing shastr bidya, on learning, on doing seva, on political strategem, on fulfilling your grisht and social duties. If one spends all their doing paat, then all other facets of Sikh life suffer, including spending time ‘understanding’ paat. The constant ‘time filling via paat’ instructions of today’s Babai we feel are a ‘control measure’. Because the more time you spend simply reciting paat, the less time you have for the more time and focus intensive activities of ‘understanding and enacting’ the paat. Because when this starts to happen and the Guru Khalsa Sangat rises, the present Baba-dom is going to collapse in epic style.

We have met many Sikhs over the years who are extremely proud of the fact they know many bani’s off by heart, spend so much time reciting them and use this as the singular measure to ascertain the ‘Sikhi’ of others.

These are the kind of people whose arrogance pushes those coming into Sikhi, away. Even the average man can smell the reek of pride and knows to stay away. Recitation and simran are the foundation of Sikhi, but the end measure of ones Sikhi is their ‘actions’ for the recitation is only the start. Contemplation is more important than recitation. And actions are more important than contemplation.

If one is blessed to have the discpline to do paat and bhagti, he should reflect that in his kindness and compassion towards others, rather than vindicating those he deems to be lesser.

We see many recently famous and revered personalities in the Panth that succombed to sin and corruption. Kirtani, parcharaks, babai etc. Why? Why did they do this when they apparently did so much paat? Because pride is a dangerous and subtle demon. It changes from being obvious (large) to becoming subtle (small) at which point its power becomes atomic (way more dangerous). That is why those who climb on the ladder of religious success also enter the more dangerous arena of tempation. Why? Because POWER (fame, popularity, respect) is a corrupting force.

Raavan was the foremost devotee of Mahadev. He was renowned for his beautiful kirtan, for excelling as a warrior and many other arts. His bhagti was second to none. But the same bhagti which creates supreme focus can also corrupt if nimrata and bhavna are not present.

Madho Das left his comfortable Rajput life to become an ascetic and spent many years doing bhagti. The immense power he achieved created dangerous pride in him. But Guru corrected his mind-set and utilised the fruit of his bhagti for dharam yudh.

Similar to point one, we should not put people on pedestals just because they did sangat with x, y and z. We have a good example of this. The infamous Giani Takur Singh built up a worldwide parchaar industry and massive reputation off the back of many stories of him spending time with Sant Jarnail Singh. He told the sangats that Sant ji told him to leave Darbaar Sahib before the attack and gave him thhaapra to do parchaar seva and it was not his time to be a ‘shaheed’. He also circulated many photos of himself when in Sant Ji’s sangat. Many fell for his stories. In his own pind in India he has a nickname ‘Takur Guppi’ i.e. Takur the b*ll sh***r. His true self was finally exposed a few years back in the UK when he tried it on with one of his devotee ‘married’ female sevadaars who is the same age as his daughter.

There are many other examples of people who promote themselves or others as being important or ‘blessed’ because they were in the company of special people (for a personal gain). We should of course take into account the sangat of people when making a judgement but should never let that be the deciding factor. There have been people who have spent much time in our wider sangat, but then got caught up in the acts of maya. We can no longer vouch for those people, but there is nothing stopping them making new acquaintances by creating trust and citing their previous sangat.

A famous example that we always invoke to keep the mind sharp is the story of the 40 mukte. Although they were shamed by their womenfolk to return to the battlefield (and thus redeemed themselves via shaheedi), we must always remember that these Singhs, who took Pahul from, learnt from, lived and ate from the Guru… in the time of need, deserted him.

There is much more to becoming a good Sikh, Hindu, Muslim, Christian etc. than READING your scriptures or being part of an ‘elite’ group.

The ultimate test of your spiritual standing is your ability to question, think, contemplate, discuss and understand those scriptures. To pray for guidance to understand them. To create a direct relationship with the one (over people and groups) in order to develop bibek budhi (ability to discriminate with intelligence) and choose your sangat and environment correctly. To not then let ego drown your wisdom because you have been blessed with opportunity and good company. To show compassion and kindness to those who are on the early stages of learning. To transform wisdom into actions and make positive contributions to society and to the world. To not let success corrupt you.

But what is the use of bathing at sacred shrines of pilgrimage, when the filth of stubborn pride is within the mind? 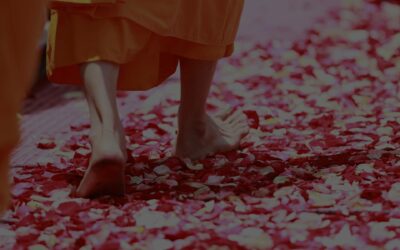 They Who Take One Step Towards The Guru . . .

That wisdom which Jesus Christ taught, was also taught by a respected GurSikh and sevadaar of Guru Arjun Dev Ji, Bhai Gurdaas, as per GurMat understanding. What then does it mean to ‘come close’ to the divine? Guru is Gyaan. SatGuru is the ultimate reality, the source... 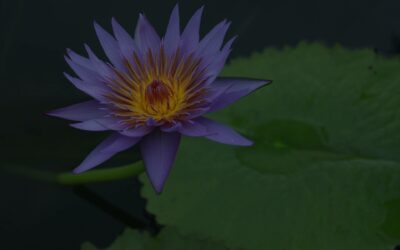 What Is the Association Behind Seva And Simran?

Guru Ji says: ਗੁਰ ਕੀ ਸੇਵਾ ਗੁਰ ਭਗਤਿ ਹੈ ਵਿਰਲਾ ਪਾਏ ਕੋਇ ॥੧॥ ਰਹਾਉ ॥ Service to the Guru is worship of Guru, rare are those who obtain it! Before we can understand this divine wisdom and instruction, we must be able to define Guru… Why? Guru Ji says: ਗੁਰ ਕਉ ਜਾਣਿ ਨ ਜਾਣਈ ਕਿਆ...